Connecting various monitoring and status collecting devices in electrical substations to a central computer control site is a common—yet vital—application for many Utilities. Fiber is typically the medium of choice and multi-drop modems are quickly becoming the hardware transmission device of choice. 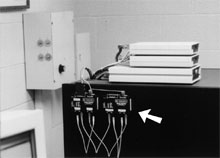 The basic application involves establishing a communications link between the Remote Terminal Units (RTUs) at each substation and a CPU or SCADA controller at the computer center.

Multi-drop fiber modems work well in SCADA and process control environments. They are reliable, error free and operate in a real time environment. Above all, they are flexible and support a variety of interfaces and topologies.

Several vendors offer multi-drop fiber modems, but, as the Electrical Division of the Utility Department for the City of Wadsworth, Ohio, found out, all are not equal.

Wadsworth had recently installed a fiber optic network and wanted to connect various RTUs at eight sites, including five electrical substations, to the SCADA controller in the main distribution center.

"One of the main reasons we installed the new fiber optic cable network was to enhance overall system reliability,” explained Larry. “so we made self-healing ring capability our number one priority for this particular application.”

The next step was to find a method that included self-healing ring capability and also supported the RS-232 electrical interfaces on the RTUs. This path soon led to searching for multi-drop fiber modems that would support these requirements.

Larry, however, soon found that such modems were a scarce commodity.

“During a 6 to 9 month period I contacted several fiber optic communication manufacturers,” said Larry. “None seemed to fit our requirements. One company came close, but its equipment required the proprietary communications protocol from the RTU manufacturer, and they wouldn’t release it." 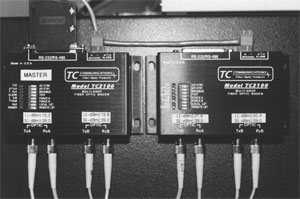 "Several vendors offered multi-drop modems and a couple even said they would support self-healing RS-485 topologies," added Larry, "but I remained a bit skeptical."

“The modems met our expectations,” commented Larry. “They had the proper hooks and gave us the versatility we wanted. Most of all they gave us the self-healing ring that we felt was so important.”

One example of the “proper hooks” occurred after the modems were installed. The original design didn’t include an alarm condition at the Master Unit in the event of a failure on the secondary fiber optic ring.

This alarm was operative on the primary ring but was initially considered unnecessary since the secondary ring was a spare; however, Larry recognized the value of the additional alarm. Status of the B ring was important to avoid potential problems and verify system integrity. He asked TC Communications about making the change.

TC responded by redesigning the EPROM. Wadsworth technicians then installed the new EPROM and it had an alarm condition for the back-up fiber.

The presence of hooks is not an accident according to TC Communication's Chief Engineer Kai Liang. “We take extra effort on the R&D end to build flexibility in to our products,” he said.

“That is why we used FPGA technology in all of our designs. Users frequently don’t have—and often can’t have—an entire picture of what should or should not be included in a product specification."

As time goes by the user learns what to add or take away from a product. TC’s goal is build products that can allow certain changes to be made after installation.

"Often, these changes can be made to the EPROM. A customer can then open the cover of an installed product and plug in the new EPROM.

“The end result is a product that brings ultimate simplicity to the end user. In other words, it simplifies applications at the user end. The complexity stays where it belongs—at the factory.”

TC Communications’ Multi-Drop Modems are specifically designed for interconnecting monitoring devices such as Remote Terminal Units. They enable an RTU to receive a polling request via a serial port, recognize its address and then respond back to the Master Unit.

The TC2100’s self-healing ring scheme is sophisticated. It is particularly effective at detecting downstream equipment failures in addition to detecting ring breakage. Once a failure or break is detected, it automatically reroutes the data. Because it is programmed to transmit on both Ring A and Ring B at the same time, switch-over is nearly instantaneous. Anti-Streaming capability is offered to prevent one defective node from disabling the entire system.

The new fiber modems were a welcome replacement for Wadsworth’s old RF modems that transmitted over a CATV network. Before the fiber network was installed, Wadsworth connected its RTUs by transmitting Radio Frequency signals over an existing CATV network.

“It was workable,” commented Larry, “but errors were always a problem and it wasn’t very reliable.”

The fiber network and the Multi-drop modems also combine well to support future expansion. According to Larry, Wadsworth is planning on building another substation and he expects to expand existing communications links by simply pulling more fiber and installing additional modems.

He also is looking into installing remote RTUs at various unmanned locations. This will enable Wadsworth to continuously monitor each unmanned site and immediately respond to alarm conditions. 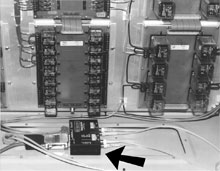 Without leaving the computer center, they will be able to initialize hard copy print outs to verify and pinpoint irregularities or create data “benchmarks” for future reference. “This will enable us to access additional levels of testing and knowledge by a few simple keystrokes,” commented Larry.

This network also provides a communications link for both the local government and school system. Using the library as the common point, the school system currently uses the fiber network for a 100 Mbps TDM backbone. The connected entities are also planning to use the fiber optic cable network for a private telephone distribution system.

The Star configuration, typically used in local applications, is reliable because it provides independent fiber optic cables to reach each RTU.